“I don’t feel like we are that far off," said Team Owner Troy Flis. "The No. 10 car found some speed, so we will look at that. The conditions for the track are really sensitive—'is the sun out? or does it cloud over?' So we missed it a bit on tire pressure a little bit, but we still don't have anything for the other guys. There is still a big disparity in the class right now, and hopefully IMSA can find a better balance.  But right now our focus is to get on the podium. That's our goal for the rest of the year so we can head into Petit Le Mans (season-finale) with a chance to win the championship again. We’ll do the best we can on strategy and with our pit stops and just push as hard as we can.”

“The car was solid in the high speed sections but we were overall just dealing with a car that was more positive than we were expecting," said Dalziel following his run. "Unfortunately, that didn’t get any better as the session went on so we weren’t able to improve at the end like a lot of the other guys. But we’ll keep working at it. We’ve had some good podiums this year and hopefully our race day will go our way and we can be in a good position at the finish tomorrow. 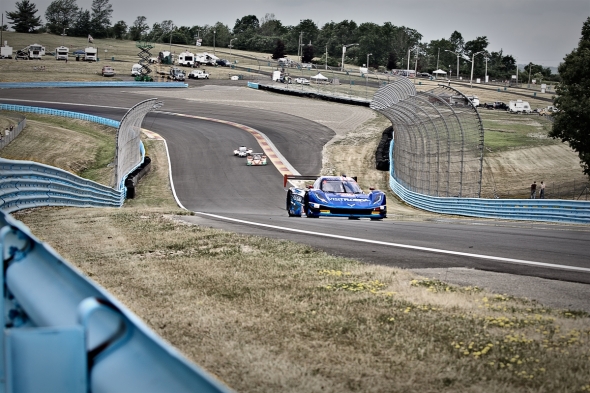 All six hours of the Sahlen's 6 Hours of the Glen will be aired LIVE on FOX Sports 1 beginning at 10:00 AM ET. The green flag will wave for the endurance classic at 10:10 AM ET.