Just one year after making their IMSA WeatherTech SportsCar Championship debut, Era Motorsport earned their first series win at one of the most challenging sports car endurance races in North America, the Rolex 24 At Daytona. Drivers Kyle Tilley, Dwight Merriman, Ryan Dalziel, and Paul-Loup Chatin drove the No. 18 Oreca LMP2 car to victory, scoring a class win at only the team’s second attempt at the iconic event.

Dwight Merriman and the No. 18 Oreca started the race on Saturday afternoon in perfect Florida conditions, with sunny skies and a clear track. There was some trepidation about the new LMP3 class joining the exciting four classes in the series, but Dwight Merriman enjoyed a relatively clean opening to the race. A series of cautions came early into the race, but the No. 18 Oreca stayed clear of any risk, racing clean and putting in consistent lap times, and smooth driver changes to maintain or gain position in the field. 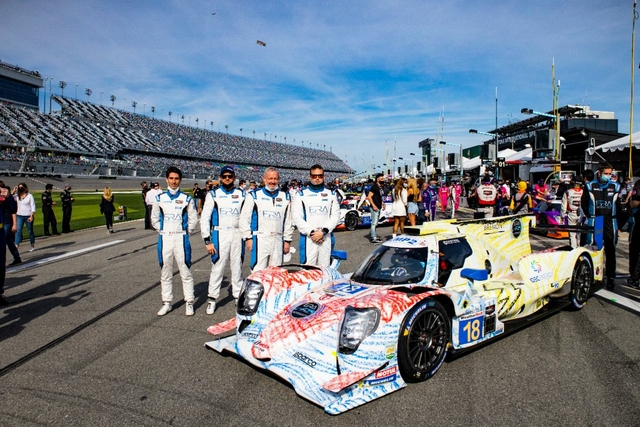 Early into the race, the LMP2 car kept bettering the best laps of the class, slowly working its way up until the three-hour mark, when Paul-Loup Chatin brought the car to the lead. Darkness came over the track just four hours into the race, and the team remained focused on cycling all of the drivers through and keeping the car in fighting shape for the daylight. Contact in the later evening forced the team to replace the tail of the car, which was done efficiently and without much track time lost. The caution periods seemed to ease up during the night, and at the halfway point, the team found themselves in fourth place, and fairly quickly into the top three.

The team made it through the night relatively unscathed, thanks to a strong night run by Ryan Dalziel. As the sun came up over Daytona International Speedway on Sunday morning, the battle lines for a final fight to the finish line were forming. Kyle Tilley took over and immediately began to close the 20 second gap to the class-leading No. 8 Tower Motorsport. When Tilley finished his stints, he remarked how fun the competition was, fighting for the lead with fair competitors.

With less than four hours to go, the No. 18 Oreca was locked in to fight for a podium to the end. Anytime the White, red, blue, and yellow car would race to the front of the field, the team would pull a gap, increasing their lead by every lap. As race inched closer to the finish, the action increased, with competitors pulling riskier moves to take position.

The battle with the No. 8 Tower car intensified when purple car jumped a restart too early, resulting in a penalty that gave the lead back to Era Motorsport. For the final stint, tensions reached an all time high. With 44 minutes remaining on the clock, both teams had to make one more stop for fuel. While Era Motorsport had a decent sized lead over the No. 8, the other car was on an altered fuel strategy, and needed only a splash while Era needed a longer stop. Era driver Paul-Loup Chatin came in for his final stop, taking on a full tank of fuel and charging forward to catch up the No. 8, who had just taken the lead. Five seconds separated the two with just 30 minutes left of racing. In the final laps, the No. 8 had to come in to take its splash of fuel, bringing Era Motorsport back to the front of the field. Chatin maintained position and drove the team to victory for their first Rolex 24 At Daytona, and first professional sports car racing win.

To make the team’s win even more special, the livery sporting the No. 18 Oreca was designed by Owen, a six-year-old race fan from Ontario, Canada, who responded to a drawing contest the team held during the pandemic shut down. The car was wrapped in the livery for this one-off event, with young Owen’s artwork quickly going viral following the team’s announcement. Throughout the event, Owen and his dad stayed in communication with the team, sending well wishes via handwritten notes, emails, and videos. The young fan’s spirit was very present as the team celebrated their win on Sunday afternoon, basking in an unbelievable team effort for a sophomore attempt at the Rolex 24 at Daytona. 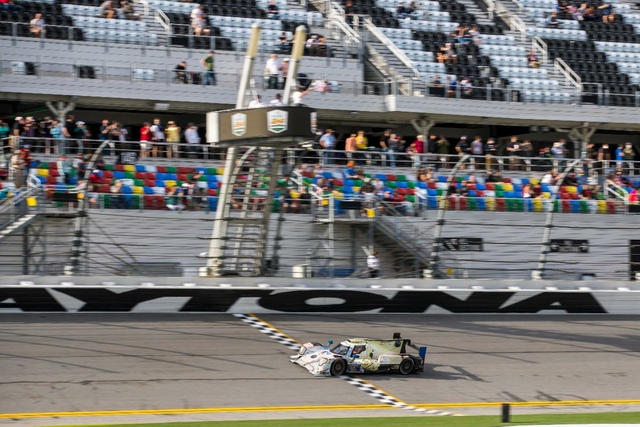 Kyle Tilley
Relief. Those final hours were probably the most stressful three hours ever. I can't believe it. We just won Daytona. Winning with Owen's livery just makes it even cooler. The whole car has looked awesome ever since we put the wrap on. It's been a fun project. Super cool to have Owen involved and then put the car and his design in Victory Lane. I’m just blown away.

Dwight Merriman
I can't believe it. I mean, everybody on the team did such a great job. We had a lot of little things in the race to overcome. Strategy was brilliant. The car was great. The crew did a great job and the drivers did, too. I can't believe it, it's very exciting.

Ryan Dalziel
I just came into this race really excited about being a part of this program and when I went to the shop for my first orientation I just knew there was something special about the group we had. We didn't get any favors. This was execution and hard work from all the crew and drivers. The engineers just gave us a really fast car and we just kept lapping ourselves every time we ended up in trouble. It's my 16th Rolex 24 At Daytona and second win, so it's pretty mega.

Paul-Loup Chatin
It was incredible. One of the best race days of my life. I'm so happy to be part of the Era Motorsport team. They gave me the opportunity to be here for my first Rolex at Daytona. And we won, it's just incredible. All the team did a great job. Dwight, Kyle, and Ryan drove super well during all of the race. There were no mistakes and I think this is the key. Just amazing to be here. It's amazing to win and let's see the future now. 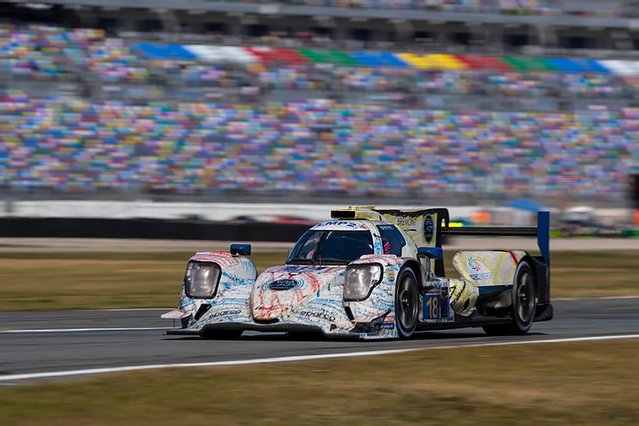