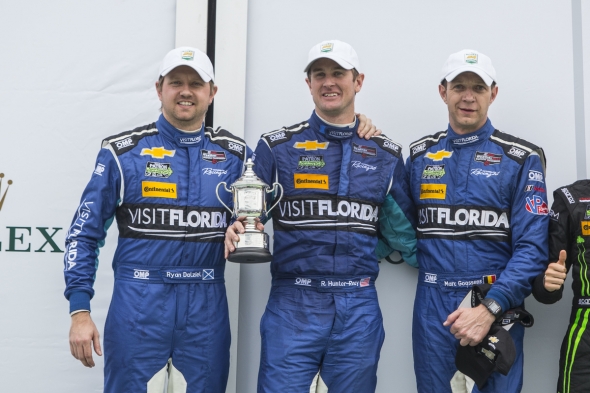 “Third place wasn’t what we came here for but that’s usually the case if it’s not a win,” mused Team Owner Troy Flis. “We wanted to win this one and we did everything we could in our powers, but we came up short. It’s the best finish our team’s ever had here in the 24 hours as an overall finish so I’m really proud of that. Heading out of Daytona third in the championship is great for us. It gives us good points and that’s what we’re looking for because we want to clinch that championship this year.” 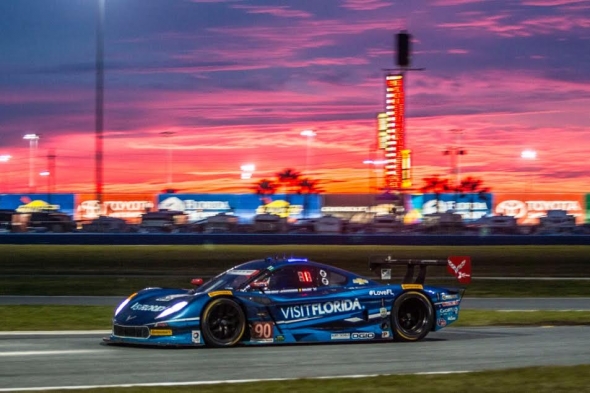 “We lost the steering ECU and luckily we got on it quick enough and got it repaired,” said Flis. “We didn’t really lose a lap but we lost a lot of track position there. We had all new drivers, new electrical engineering parts, and brought in some new engineering  so gelling all those people in 30 days is pretty tough. Some of those people we didn’t get to work with until the last 30 days. Really what put us behind was we had some issues with our drivetrain and we worked really hard at the Roar to make sure that none of that was going to bite us in this race. I’m very proud of the Visit Florida Racing guys for fixing it because it was a problem we had never seen before and it was something no one really had a fix for. They found it and quickly fixed it and I’m really proud of that.” 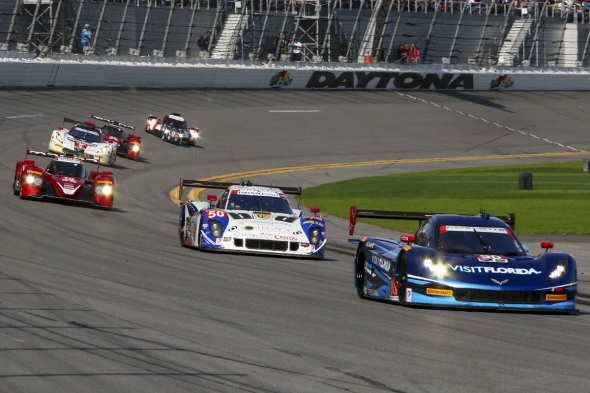 With a solid foundation built toward the 2016 IMSA WeatherTech SportsCar Championship after the season-opening race, Visit Florida Racing now focuses forward to Round 2 of the IMSA Championship – the Mobil 1 12 Hours of Sebring on March 19.

Ryan Dalziel: "The Rolex 24 is obviously one of the toughest races to finish. With Thursday being wet and Friday being the only dry practice, we were pretty lost as far as setup on Friday. We threw some stuff at it and then made a plan for the race. Visit Florida Racing did a good job of making the right changes at the right time under caution. We never lost a lap through any of our changes. We got the car a lot better but I think third was a huge achievement for us with how the month had gone. It’s good points for the championship, but it’s disappointing not to win. I’m obviously happy for Patron Racing (Dalziel’s World Endurance Championship team). It’s a little bit bittersweet but I’m happy for them and just delighted to be on the podium at Daytona."

“The car was consistent for us, we just lacked that maybe three or four tenths. Obviously no one had anything for the Ligier. We had a couple of issues but everything was dealt with by the team and we never lost a lap through it. We had some power-steering issues, a couple splitter issues during the race, and some contact. Everything that we did was fixed really nicely and I’m really impressed with how quickly the team diagnosed problems, fixed them, and got us back out in a timely manner. I’m encouraged for the season ahead and it’s a great start toward the championship. We’ve all got a lot of work to do before Sebring but all things considered I think it was a great result. I live here (in Florida) and I’ve kind of adopted it as my second home. We’ve got a lot of people here from Visit Florida, and we’re happy that we put on a good show for them. Ryan Hunter-Reay and I are both living in Florida and we’re proud to represent the brand.”

Marc Goossens: “We were pretty optimistic at the Roar, and I have to be honest with you that I wasn’t sure we had a car to finish on the podium. I think all the credit goes to the Visit Florida Racing team and the drivers for executing everything in the best possible way. The car wasn’t the best. There’s still a lot of work to do to improve on performance. I’m not so much talking about the No. 2 (Ligier) car but I think the No. 5 and No. 10 (Daytona Prototype) cars for sure were quicker than us. The Ganassi cars were quick. They’re obviously only here for this race and we know that there are some BOP issues as well for that one. In general I think that we came away here with a good solid podium, nice points for the championship, and now it’s up to all of us to get our heads together and just build off of this to get better.”

Ryan Hunter-Reay: “Everybody at Visit Florida Racing did a good job today. We struggled with the balance of the car a lot through the race but we salvaged a third place out of it. We were on the fly there with the way the rotation was going so it made sense there at the end to have me finish it out. We need to go back and look at how we can do better next time but it’s good. This is the best finish for Visit Florida at the Daytona 24. It was great, absolutely a blast to be with the team. I just wanted to win this race so bad. I’ve been on the podium quite a few times and everybody here wants it to win so badly, so we’re going to keep working, we’re determined to get something out of it here.”