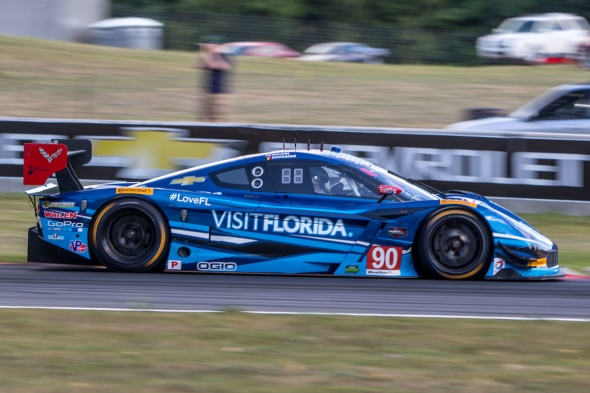 “I think the red flag definitely hurt our qualifying effort today,” said Goossens, who shares the No. 90 VISIT FLORIDA Racing Corvette DP with Ryan Dalziel. “The lap that the red flag came out was probably my quickest. I don’t know if it would ultimately have changed much where we start the race tomorrow, but for sure it was my quickest lap. We are guessing a little bit on what to do for tomorrow. We know for the race we are usually pretty consistent and find ourselves better able to find a better average over a single stint, so I don’t think qualifying is our strongest point this year. But hopefully we have enough over the stints throughout the race and dealing with traffic and everything to be able to stay close to the front and then hopefully we can have something for them strategy-wise. We might need a little luck on our side for tomorrow but it’s still a long race. We will make some changes and see what we can do, then race as good as we can as we always do and hopefully we can get close to a podium.”

Not satisfied with the speed of the No. 90 machine shown so far throughout the Road America weekend, the Visit Florida Racing team went to work on Saturday to make a variety of changes – including a gearbox change - as the team chases forward progress.

“We have done a lot to try to improve the car this weekend so far,” said Team Owner Troy Flis. “We just don’t have the raw speed for some reason and we don’t really know why. We have had a good car here the past few years, so we are not really sure why we are struggling. We will go back and work some more tonight, we have been trying some different things each session so hopefully we can come up with a good package for tomorrow. I think a longer run will be good for us tomorrow we just don’t have the raw speed to compete with these guys so far.” 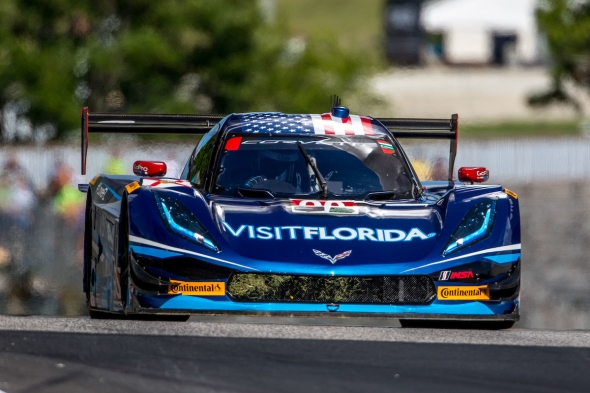 The IMSA WeatherTech SportsCar Championship event is Goossens’ first race at the track in a prototype following several years of competition at the track in GT machinery.

“It is cool to be here in a prototype," added Goossens. "We aren’t quite flat through the kink yet, but I love this track. It is really technical, much more than most people think or than what it looks like from the outside. So from that perspective I am having a great time here at Road America. We are working hard with the VISIT FLORIDA team to make the car more competitive and be in the window of finding the right performance. So we have to keep digging and hopefully take advantage of other people’s bad luck or our good luck tomorrow in the race.”