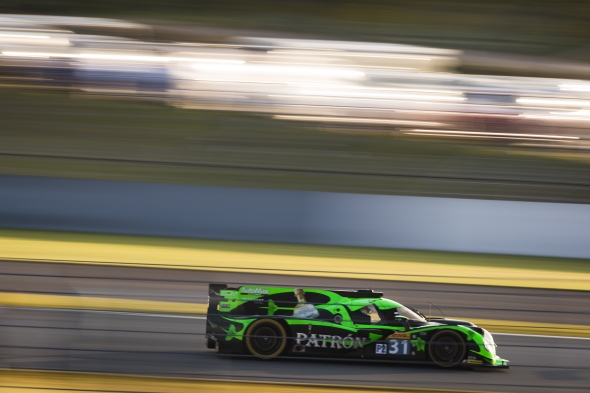 The first Free Practice session of the weekend will begin Friday November 4th at 10:00AM local time, 10:00PM Thursday, November 3rd U.S. Eastern. The race will begin Sunday, November 6th at 11:00AM local time. Fans in the United States can tune in to FOX Sports at 2:00AM Eastern, or watch the stream live in its entirety at live.fiawec.com.

Ryan Dalziel
With only two races left in Patrón ESM’s WEC season we will be pushing harder than ever to return to the podium. China is a huge market for Tequila Patrón so with lots of guests and fans in Shanghai there to cheer us on I’m sure we will have that extra support to get the job done. We had some small issues during Fuji but our race pace was really good. We need a flawless weekend for sure.

Pipo Derani
Going to Shanghai, we have good hopes of a strong car. We had a very good car in Fuji, but unfortunately a problem with the belts stopped us from having a better result. I’m sure we’ll have a very good car. Without any mistakes, we should be able to go back to the podium, and that will be the main goal. It’ll be a strong and difficult race with good opponents, especially with the No. 30 car now. We’ll do the best we can and keep our fingers crossed for a good race.