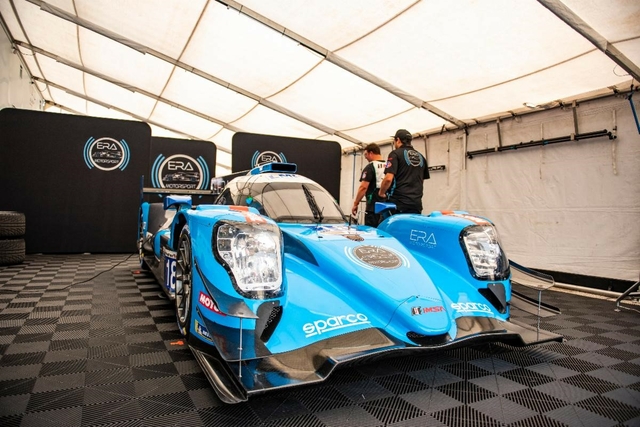 “I am beyond excited to join Era Motorsport’s LMP2 team for Petit Le Mans,” said Rasmussen. “I had the chance to test the car with the team earlier this month and loved the car as well as the atmosphere. There will be a lot of firsts for me as I’m used to sprint races with no pit stops and only one driver. That said, I think we have a chance to do very well at the race and I can’t wait to get back behind the wheel of the blue Era Motorsport machine.”

Hailing from Copenhagen, Denmark, the 22-year-old driver will make his IMSA WeatherTech SportsCar Championship debut next week. He holds an impressive resume, with early roots in 2016 showing a second-place finish in the Danish Formula Ford Championship. He finished in the top three in the F4 Danish Championship, Formula 4 United States Championship, and then-Cooper Tires USF2000 Championship. In 2020, he clinched the title and the following season again gained top honors in the Indy Pro 2000 Championship. Though the young racer will be new to endurance racing, his record of consistency will play into the team’s hands as they fight for the 2022 LMP2 class title.

The professional sports car racing team has the LMP2 class title within its grasp, standing second in the driver championship, and third in the team battle entering the season finale event. Merriman and Dalziel enter the 10-hour endurance event with momentum on their side, following their second consecutive win at Road America last month.

“We’re feeling great heading into Petit Le Mans,” said Merriman. “Our win at Road America was a great boost for everyone on the team, and that carried over into our recent test. The gap between us and the points leaders is incredibly close, but we have what it takes to get to the front.”

A mere 33 points separate Merriman and Dalziel from Tower Motorsport’s John Farano, with a maximum of 185 points available this season.

“Coming off our win at Road America, we are full of confidence going into Petit,” said Dalziel. “We are challenging for a championship and made a driver change so we have lots to play for, but we had a strong test recently so we’re looking for good things for Petit and into the offseason.”

After a heartbreaking collision early into the race in 2021, the team has some unfinished business at Petit Le Mans. Always positive, the team will put all their energy into the momentum they hold, eager to turn it into a race and championship win. The 25th Annual Motul Petit Le Mans will take place on Saturday, October 1 at 12:10 PM Eastern. A field of 48 entries will compete across all five IMSA WeatherTech SportsCar Championship classes, (DPi, LMP2, LMP3, GTD PRO, GTD), each class contesting for its own championship title. Watch flag-to-flag in the United States on Peacock, or visit IMSA’s International Coverage page.