Le Mans, France (June 12, 2010) - Le Mans marked Jaguar's return to motorsport. This was the much anticipated fourth race for the RSR team. We would like to thank the ACO and have been delighted with the support we have had from the public and the media.

During this week's development period we faced constant engine management issues that unfortunately we were unable to resolve satisfactorily which forced us to retire from the race in the early stages.

We look forward to the remainder of the ALMS season and the next race in Salt Lake City.

Le Mans, France (June 9, 2010) - JaguarRSR had its first chance to run at Le Mans today fighting issues from the start, but ended the evening late with the #81 JaguarRSR XKR GT2 getting more situated for what the team hopes a strong performance tomorrow.

As the car was pulled out of the #9 garage and into its pit box this evening for the free practice session, JaguarRSR Principal Partner and co-drive Paul Gentilozzi was behind the wheel ready to turn the first laps in the XKR racer. But a clutch problem changed the plan and put the car back into the garage for investigation. Once that was sorted out, it was Scottish driver Ryan Dalziel who got into the cockpit and logged the first laps at Le Mans in Jaguar's return.

Orland, Florida (May 27, 2010) – Scotland’s Ryan Dalziel is still reveling in yesterday’s announcement that for the first time in his burgeoning sports car career, he’ll be unleashed on the famed ‘La Sarthe’ circuit in France to take part in the ‘Le Mans 24 Hours’, 12th-13th June 2010.

Dalziel will share the #81 JaguarRSR XKR GT2 entry with Team Principal Paul Gentilozzi (US) and Marc Goosens (BEL) as the trio take the illustrious Jaguar brand, with seven outright victories in the French classic, back to Le Mans for the first time in 15 years.

EAST LANSING, Michigan (May 26, 2010) - Ryan Dalziel, Marc Goossens and Paul Gentilozzi are the confirmed driver line-up for JaguarRSR at the 24 Hours of Le Mans. 2010 marks Jaguar's return to the iconic Le Mans 24 Hours for the first time in 15 years.

Racing a XKR run by JaguarRSR in the GT2 class is Scottish-born Ryan Dalziel, who has never experienced the Le Mans track. "It has always been my dream to drive at the 24 Hours of Le Mans. As a British driver, to be at the wheel of a Jaguar, being that it's such a prestigious British brand makes it even more special," commented the 28-year-old. He added, "It will be without doubt the highlight of my racing career to date and I know that the team will represent Jaguar and all its fans around the world with pride."

Another milestone for the JaguarRSR XKR GT as it completed its first endurance run at Mazda Raceway Laguna Seca during the six-hour American Le Mans Series Monterey Presented by Patron race.

Taking the green flag on Saturday afternoon with Marc Goossens behind the wheel, the #75 JaguarRSR XKR GT ran reasonable times and made gains in track position. On Lap 54, two hours into of the race, Goossens came in after making his way to the ninth spot in the GT class to end his first stint. With a quick driver change, efficient pit work by the JaguarRSR crew, things were looking good to continue a solid top-ten run.

MONTEREY, California (May 21, 2010) - The JaguarRSR XKR GT has increased its top speed and decreased lap times at Mazda Raceway Laguna Seca since its first appearance last fall. From the time that the car rolled out of the JaguarRSR truck for the test session last night up to today's qualifying session for the American Le Mans Series Monterey Present by Patron race, it has improved four seconds from its first showing and hopes to improve even more for tomorrow's main event. 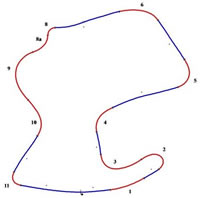 Starting your lap - Your first time climbing up the steep start finish straight, cresting the top of the hill and pulling top gear is awesome. The car gets light and the track on the other side is completely blind till you land on the downside of the hill. You have to use the pedestrian bridge across the track at the top as a reference for where to position the car cresting the hill, something that is very important as we drive around the rest of Laguna Seca Raceway.

The JaguarRSR race team returns to California this week for Round Three of the American Le Mans Series presented by Tequila Patrón at Mazda Raceway Laguna Seca. It was seven months ago that the JaguarRSR XKR GT took its first green flag on this very same track with Marc Goossens and Paul Gentilozzi behind the wheel. Ryan Dalziel joins the driver line-up in 2010 as the event duration has increased to a six-hour endurance run.

LONG BEACH, California (April 17, 2010) - One step at time, each moment getting closer to the goal - that was the mindset for the JaguarRSR team in Long Beach as they took their first checkered flag with the #75 Jaguar XKR GT in Round 2 of the American Le Mans Series presented by Tequila Patron. 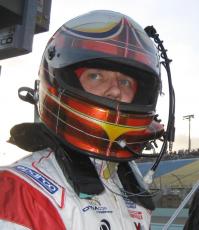 One week before the third round of the Grand-Am Rolex Sports Car Series, 2010 Rolex 24 At Daytona Champ, Ryan Dalziel, co-driver of the #8 Starworks Motorsport Dinan-BMW Riley, currently ranked third in the Grand-Am Rolex Series driver point standings, gives us his impressions of the upcoming race at Barber, his past Rolex 24 win confidence bonus and his past week's experience at the Sebring 12 Hours with Jaguar RSR.

In retrospect, two months after your Rolex 24 win, what do you think this victory brought you in term of experience and how you will approach your next race?

SEBRING, Florida (March 20, 2010) – After all the hard work, all the long hours, the JaguarRSR team took the green flag to kick off the 2010 American Le Mans Series presented by Tequila Patron season today in Sebring, Florida.

It was a good feeling for the JaguarRSR team on the 58th Annual Mobil 1 Twelve Hours of Sebring presented by Fresh from Florida grid this morning. The crew stood proudly by the beautiful #75 JaguarRSR XKR GT as the race-day crowds flooded through the open grid taking photos and getting up close to see the anticipated new addition to the series/Sebring event. If looks could kill, that would be an understatement. Ready to start the fight, Paul Gentilozzi was buckled into the driver’s seat and took the green flag this morning at 10:30 a.m. ET. The car made a successful start and things were progressing well in the opening laps before a cooling issue occurred about 15 minutes into the race.

JaguarRSR OVERCOMING OBSTACLES FOR A SUCCESSFUL QUALIFYING RUN IN SEBRING

SEBRING, Florida (March 19, 2010) – After a week of preparing for the season opener of the 2010 American Le Mans Series presented by Tequila Patron season, the JaguarRSR team had a successful qualifying run this afternoon in preparation for Saturday’s 58th Annual Mobil 1 Twelve Hours of Sebring presented by Fresh from Florida.

EAST LANSING, Michigan (February 19, 2010) – The pieces to the puzzle keep coming together for the JaguarRSR race program as the team announces today that Ryan Dalziel has been signed to the driver line up for competition in the 2010 American Le Mans Series.
"I am so excited to be part of such an amazing brand like Jaguar. Coming from the United Kingdom I naturally grew up following Jaguar’s racing heritage and admiring their cars. Its like a dream come true that my first opportunity to drive for a manufacturer is for Jaguar Cars."

Daytona Beach, Florida (January 31, 2010) – Scotland’s Ryan Dalziel, together with his team-mates in the #9 Action Express Racing Porsche-Riley Daytona Prototype, triumphed Sunday (31st January) in the prestigious ‘Rolex 24 at Daytona’, America’s premier 24 hour-long endurance race.
The 48th running of the event was again hosted at the Daytona International Speedway, Daytona Beach, Florida while celebrating the opening round of the 2010 Grand-Am Rolex Sports Car Series Presented by Crown Royal Cask No.16.